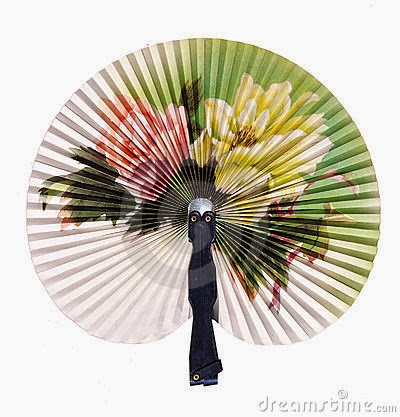 A Chinese fan. When folded it represents a single space. When opened it branches aesthetically, symmetrically, in all directions. The pivot, or core of the fan connects the individual branches just as it sits as the foundation of the folded singular stack.

This is the self in time. It is the self of memory. It is the current state of self viewing past selves and future selves. This is what most come to believe is their true nature because it is the most personal and easily accessible. We often define ourselves based on where we have come from and how that shaped the current state of self. Using this imprint we can easily make predictions of our future, whether these are remotely accurate or not.

This can be thought about as the self adapting to other selves. Sure, it can mean the self adapting to itself, but I will get to that later. This is mostly the aspect of yourself and how it shapes others and is shaped by others. Think about the complexity of that. You perceive the form of another person’s self with the innate understanding that their self is just as gunky and multilayered as your own. You form an impression and with that image you bounce this self off of this other perceived self. This process is infinitely relational because the other is doing the exact same thing. The end result of this dance is a form shaped from the ether and agreed upon by both parties. An abstract shared self, for lack of better language.

This is the self we will always feel most at peace with. It is the self that forgoes reflections of time, as with the Constant Self, as well as the self that forgoes its immediate relationship with others. For whatever reason you are put in a situation free of restraints, expectations and consequences. This situation can be as common as being immersed in a live concert to as unique and intimate as a deep level of meditation. Regardless, it is the self freed of reflections. It is one step closer to the folded fan.

The Self Watching Self

This is the most confounding aspect. The self viewing itself is not unlike a hall-of-mirrors effect. It reflects upon itself reflecting upon itself and so on. It looks upon itself looking upon itself and this, as a whole, forms the highest degree of the reflective self. There is no cohesion here. It spirals out as infinite as the universe.

What event or events does it take to completely fold or rip the fan and force it back open with different meanings? This is the true undoing of self. Only an event so tragic, so immeasurable, so destructive can rip the fan apart. The pivot, the core remains, but it is forced to reinvent and reflect new folds. The undoing of self is a metaphysical death that, when experienced on the deepest and most despair-ridden of levels, will only foster a miraculous rebirth and if not, it will confirm its very dissolution.

The Power of Choice, the Patchwork of Time

It is false to see time as a straight and confined delineation of events through which you pass at varying velocities during your consciousness. The thread of time in which you inhabit is of your making, but not without the influence of others and the world in which you inhabit.

See yourself at this very instant of time- The way you appear to yourself and others, the status you embody in society, the experiences that have shaped you, both of despair and exaltation, and ultimately, the path you navigate.

To minimize your part in these events is a misstep. Sure, many things have been out of your control. You can influence how people see you and even their selves, but you will never change the core of that individual. You will inevitably merge, twist, ignite and empower just as you will negate, diminish and misdirect others. Things lay within your control, but largely out of your control. My point is this- a single chance taken in life can have profound outcomes not just for you, but also the people you connect with and the people they connect with and so on and so forth.

Meaning is fleeting in this world. It sits in front of you one moment, glowing and vibrating with the very fabric of the universe only to evaporate in the cruelest fashion leaving an emptied plane yearning once again for radiant meaning.  This bizarre, but unique process of human experience effaces itself to the consciousness. The fabric of time continues to undulate as your mark barely registers with the entirety of the patchwork, yet those closest to you and yourself are forever changed. In this way, it is a paradox. Your personal experience is both profound and meaningless.

Crystallize this concept and see this- Most of the decisions that you make will have little or no ripple on time. There are, however, key choices which place you on a path and define your stamp on time. A single decision can forever shape yourself and the world. Choice then takes on the weightiest theme in our lives.
Posted by Benander at 10:44 PM No comments: