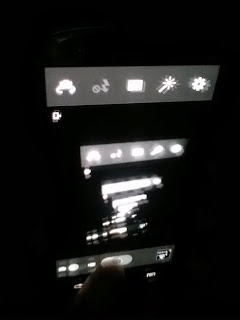 How many hours per day do you spend looking at a screen? 2? 4? 8? 10? 12? More? Before you answer, think about all the screens within our unrestricted reach these days: smartphones, computers, tablets and televisions. My guess is that if each of us took the time to really reflect on this question, then the accurate answer would be alarming. Of course, it is alarming only from a certain perspective, the one that sees human behavior beyond the technological revolution, before the time in which so much information, entertainment, news, self promotion and digital voyeurism was so cleanly packaged and laid at our feet.

Now before I come across as a technophobe, know that I am not. I am also not arrogant or pompous. I don't pretend to be above a certain kind of dependence on technology. If answered honestly, I would estimate I spend anywhere from 12 to 14 hours a day locked on a screen. I wake up early and, from home, log into WebEx calls with team members from the US and India. Afterwards, I clean myself up, dress appropriately for the time of year (Here in Chicago, the time of year REALLY dictates how one should dress), and then hop on my bike or a city bus or train. If I opt for the bike, I have roughly 30 minutes before I am back in front of a screen. If I opt for public transit, then I most likely have my phone out, checking news articles or catching up with Facebook updates while on the commute. Once in the office, I set up my laptop. There I sit for roughly 8 hours, behind a screen, only leaving my cube for coffee/tea, bathroom breaks, lunch, occasional walks and chats with co-workers. I return home in the early evening, again checking my phone during the commute if not on my bike. An hour of decompression time kicks in, usually not behind screen. I may have a beer or a chat with my wife. Rest assured, I will be fixated on a screen again at some point in the early evening, usually to catch up on TV shows or to watch sports games. This is a routine workday. Yes, I do have a life inside and outside of this. I have flesh-and-bone friends. I bike, play pool, fish, camp and so on, but the overwhelming amount of my time is spent behind a screen.

So here, you get the point I am driving at. We are spending far too much of our fleeting time behind screens.


Why are we so easily fixated on a screen?

For starters, we are curious beings. We love to learn, laugh, share and be intrigued. We even like to be repulsed by something, as it reaffirms our tastes. Screens fulfill these positive needs much more efficiently than anything else in our history. Whether it is watching some well scripted and finely acted television drama (See Breaking Bad. No seriously, see it if you haven't) or it is scouring the internet for status updates, news, pictures, reviews, humor and the like, we are pulled in and held there.


Why are there so many screens available?

Welcome to life in the developed world. Do you think people in Papua New Guinea are facing these existential questions? The whole of our strength is our economy. The whole of our economy is selling that 'next big thing'. Combine the streamlined capitalist model with geek power and you have a device that can make calls anywhere in the world, show you the picture of someone's baby (that someone being someone you haven't seen in a decade), display your exact geographic location on a map and the closest place to purchase great tacos, no less at a restaurant, which complete and utter strangers have rated at 4 stars or greater.


What is this behavior doing to us?


Where is the future of screens going?

This is not exactly science fiction anymore. Google introduced "Google Glasses" last year amid mixed reviews and horrified skeptics. Don't worry, this is just the infancy and these types of technology will begin to take hold as we dive headlong and headfirst into the future. For now, let's call it 'augmented reality'. Eventually, we won't be able to separate the real world and the internet world. One will lay on top of the other, and vice versa. A screen on top of a screen on top of a screen.


Are all screens physical, or do screens exist metaphysically?

Ha! That is the fun part of making my own questions. I can ask myself and my readers a deeper question. I will argue for the existence of a metaphysical screen. We inherently see the world through a perceptive screen. It colors the way we see the world and our place in it. It skews how we see others and even how we see ourselves. This is both the massive flaw and beautiful form of consciousness. We see things how we want to see them. The world is much more beautiful this way. When the picture fails to align we feel discomfort, distress and even despair. Perhaps, that is why we love artificial screens so much. The screens projected by gadgets allow us to see the world the way we would like to see it; The way we like to see each other; The way we like to see ourselves.


As with all things, the solution is not an all-or-nothing approach. No throwing out the baby with the bathwater here, even if that baby is a sexy iPhone 8 or Galaxy S(infinity symbol). The happiness is in the balance. The ultimate answer may be that we should engage ourselves and each other as much, if not more, than we engage the screens.
Posted by Benander at 5:45 PM 3 comments: